Runners Can CARE About the Planet this Christmas AND Save Money! 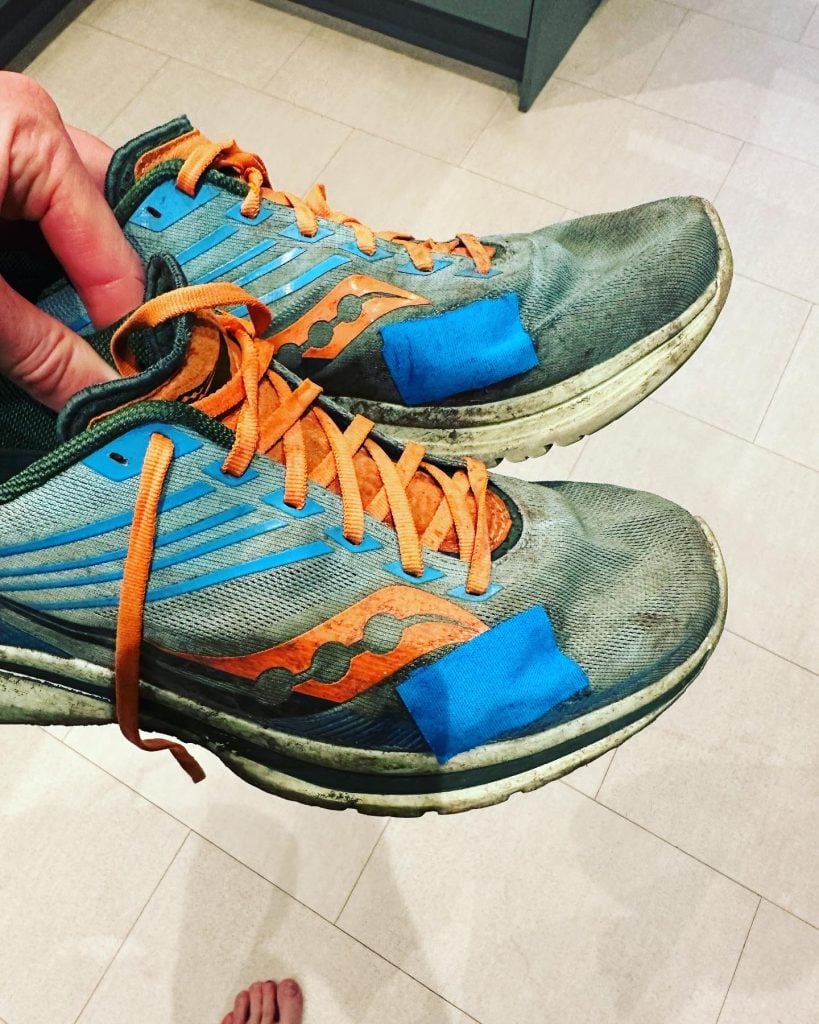 ‘It’s the most wonderful time of the yeeeeeeeeeear’

Christmas is a magical time. A time for giving and receiving and generally being good to each other.

But it’s also a time when we spend a huge amount of money. And we inevitably end up asking for, and giving away, far too many things. Often, we don’t need these presents. And they end up sitting unused, until we dig them up again months later. At that point we either donate them, or, even worse, throw them away!

So, it’s bad for our pocket and bad for the environment.

UK Consumers Will Spend £20.1 billion This Christmas – £430 per person

Clothing and footwear will see a 48% increase in spending in December compared to a normal month, according to the Bank of England.

Of course, this includes the running kit that we ask for.

But what if we could still enjoy Christmas, whilst caring for the planet? And save some money as well!

How Runners can CARE For the Planet This Christmas

That’s where our CARE approach comes in.

By thinking about this simple acronym during the Christmas period, you could make huge positive changes this Christmas.

First, you can make a difference on your own environmental impact. Getting less stuff, especially brand new stuff, is one of the biggest changes we can make, individually.

And, more importantly, when you live these behaviours, you can positively impact others. 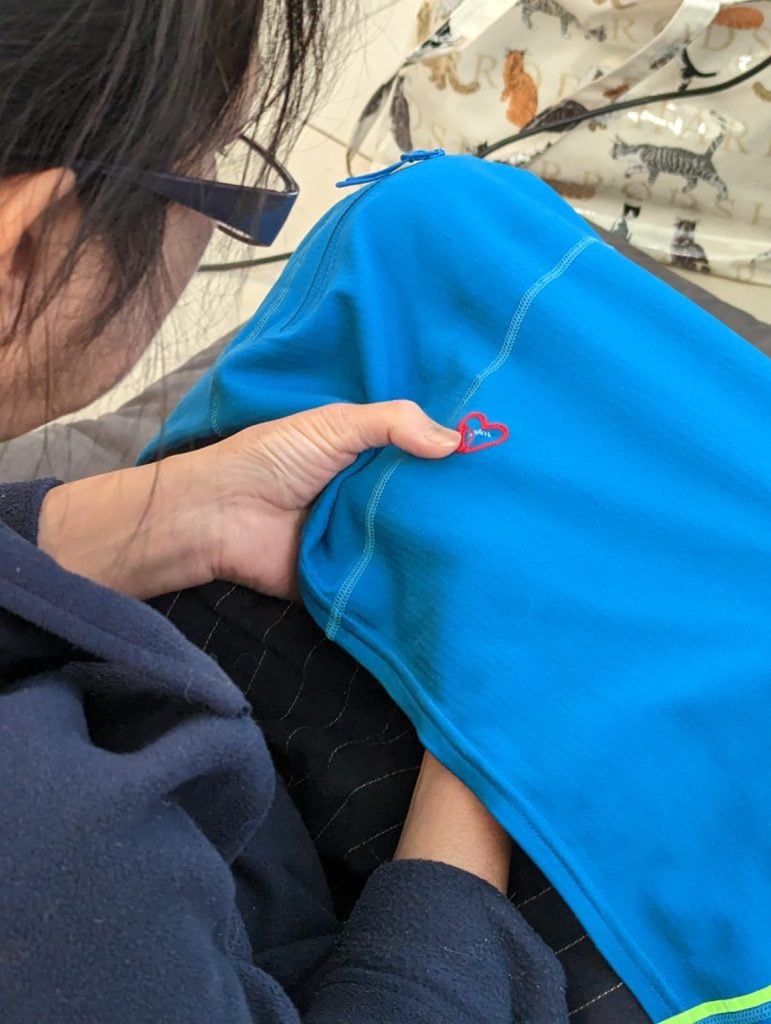 You Can Influence Others and Have an Even Bigger Positive Impact!

When others see you asking for less, they will be curious to know why.

And it can become a talking point for changing their own behaviour.

This is great because it can influence them, without us directly telling them to change their behaviour. Which is often seen in a negative way, when others try to force their views on you.

By acting CARE-fully, you also provide an example to others.

Christmas is all about children and nobody wants to deny young people having an amazing time, with new presents and toys… In fact, the author of this very piece has three young children and is guilty of buying too much for them at Christmas…

But by not asking for anything for Christmas, and actually telling people not to buy you anything, you set an example to younger children. You can do this whether you’re a parent or you have young relatives.

Children might see you doing this and will naturally want to know why. Especially because it goes against what most people think Christmas is about.

So giving them this different perspective might influence their behaviour too.

What is the CARE Approach?

Our CARE approach is a simple, four-step way for reducing your impact on the environment. Helpfully, it can also reduce the amount you spend on running gear (or any gear, for that matter!).

One of the main parts of this approach is that it is focused on your personal actions.

But it can be an example to others so that they can think about their impact too, without you coming across as too ‘preachy’.

This one can be the simplest part. But it can also be the most impactful, as it can affect so many areas.

First, take a moment to think about what opinions you currently have when it comes to running kit.

For example, how often do you believe that you need to change your running shoes? 250 miles? 350?

Strava’s default recommendation is that it should be every 250 miles. And many shoe companies suggest 250 – 300 miles.

But there are clear reasons why they suggest these very low numbers… To sell more of their own products! It’s worth being aware that Strava has relationships with many of the shoes brands, which mean they have an interest in also showing a lower number.

But what if you knew that some people were running for thousands of miles in each pair of shoes?!?!

One of our Green Runner founders recently ran in over 2,500 miles in their trail shoes, before they finally gave up. You can see the final pic of the shoes here. 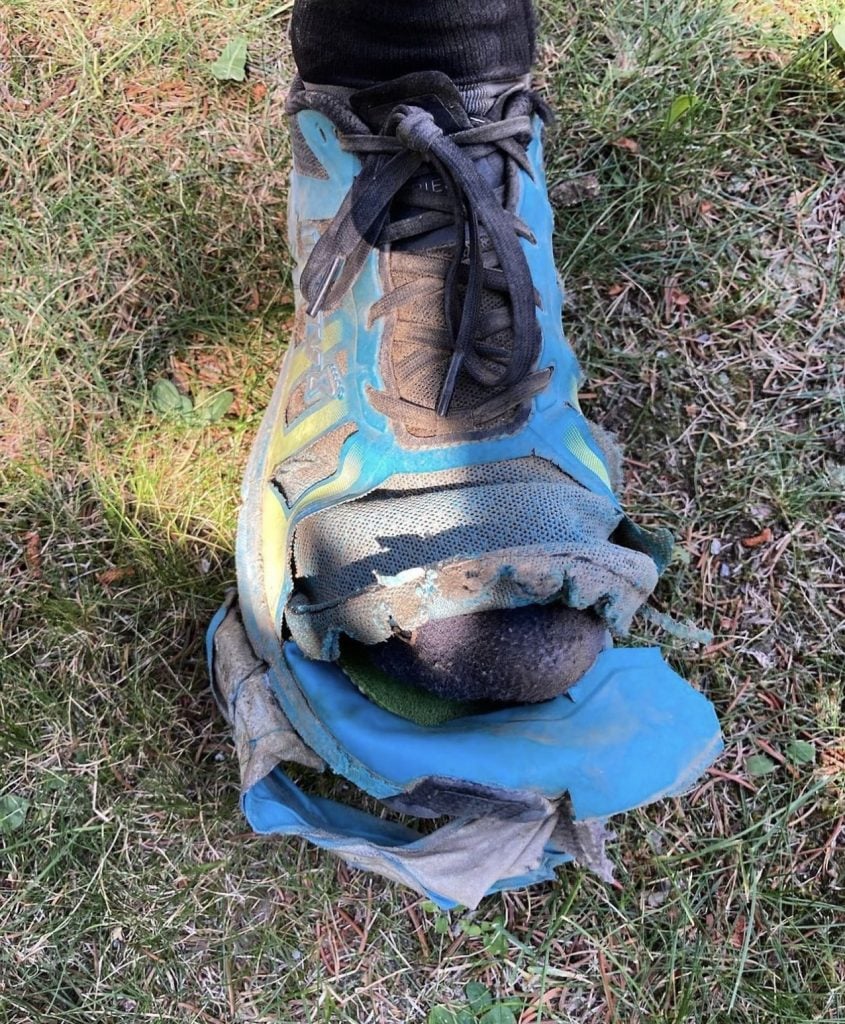 And this wasn’t even from an ordinary runner.

These were Jasmin Paris’ shoes. A world-class ultra-runner who has won some of the toughest races in the world outright. Including winning and breaking the record (men’s AND women’s) in the Spine Race and completing a Fun Run at the Barkley Marathons. One of a few women to ever have done it!

Jasmin trains and races on fells and extremely tough terrain. So, her shoes really do take a battering!

But if an elite level runner like Jasmin can make her shoes last this long, then we should all be able to make ours last a little longer!

On the topic of making kit last… Why not get involved in The Green Runners Strava challenge this December?

Here are the simple instructions:

This is part of our campaign to get Strava to change the default notification reminder to change your shoes from 250 miles to 500 miles.

We’ve estimated that we can save the equivalent carbon emissions of taking 14,000 cars off the road per year. Just from making that one simple change!

So, join in and help us make an impact!

One of the biggest positive impacts we can have personally is to buy less stuff.

And Christmas is the perfect time to start reducing your own personal carbon footprint.

Usually, we all have long lists for Santa. And there will often be a lot of running-related kit on there.

OK, so we hope nobody’s Christmas list is that long!

But, seriously, do you REALLY need all the kit you ask for?

Most of the time, you can make your current kit last much longer. Or you could dig out some of the old kit from the bottom of your wardrobe that you forgot about.

The great thing about asking for less, is that you can have a personal impact, without coming across as a bit of a Grinch. For example, you can still buy things for others, if they really want something.

Of course, by asking for less yourself, the hope is that you end up influencing other people to ask for less too. So your impact suddenly multiplies and becomes much bigger!

Again, another great example comes from one of our Green Runners founders, Todd. He hasn’t received a birthday or a Christmas present in almost 10 years! And he says he’s never been happier

Repairing your kit can make stuff last much longer, giving
it a second life when you didn’t think it could be used again.

For example, did you know that you can easily fix holes in running shoes? All you need is a little bit of kinesiology tape and strong glue. And it only takes 10 minutes!

Watch this very short YouTube video from ReRun, where you can learn how to do this. Again, this is from an elite GB ultra-athlete Dan Lawson (also another Green Runner Founder!).

Your can even grab a Trainer Repair Kit from eBay. For only £12, you can get all the bits from the video to repair your shoes. Potentially saving you hundreds of pounds! 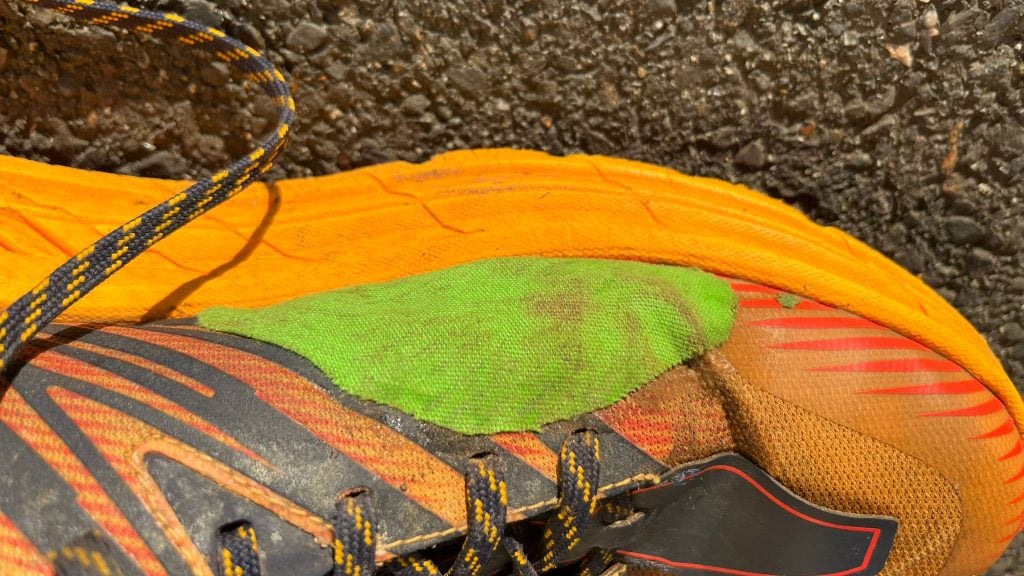 And ReRun has loads of other great videos too.

You can also get really creative with kit repairs.

Check out one of our favourite examples from Green Runner founder, Doni. He extended the life of a jacket, by cutting the ripped sleeves off it to make it into a Gillet.

But he didn’t stop there!

Ingeniously, he then used the sleeves to patch up the back of the same jacket! 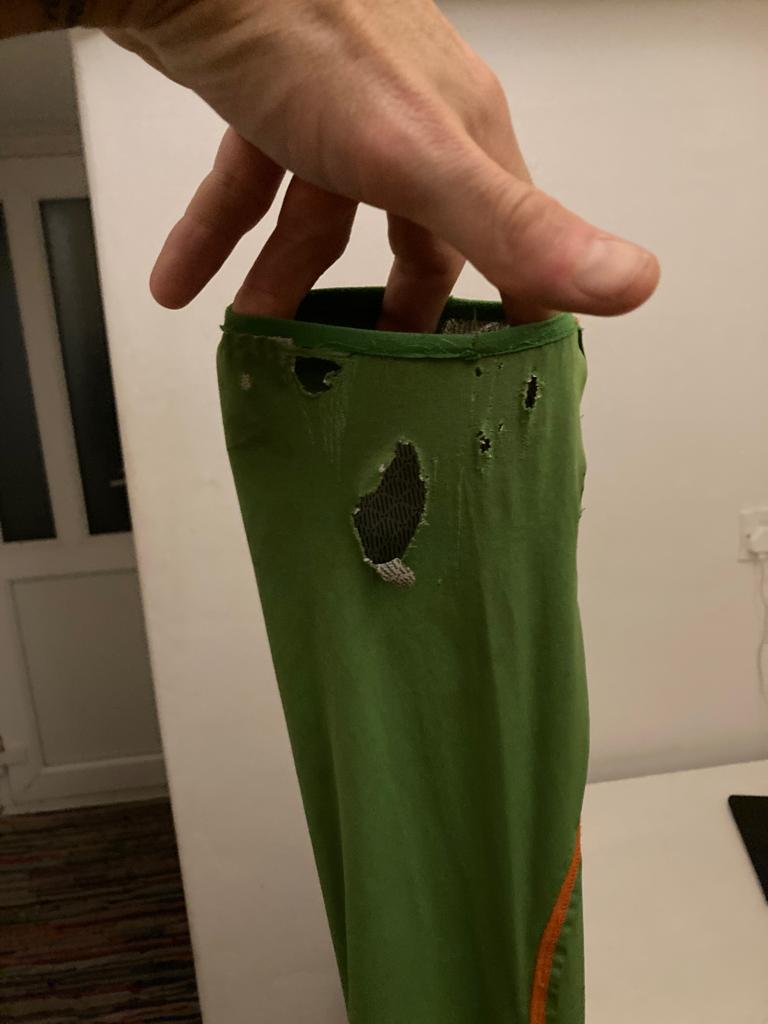 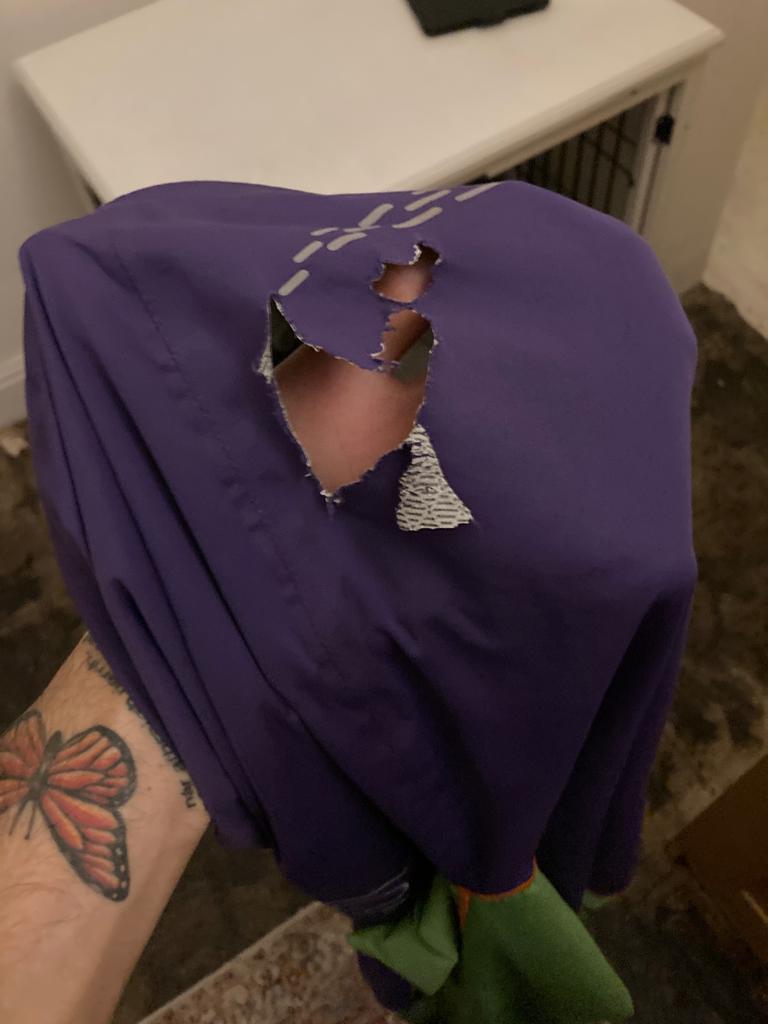 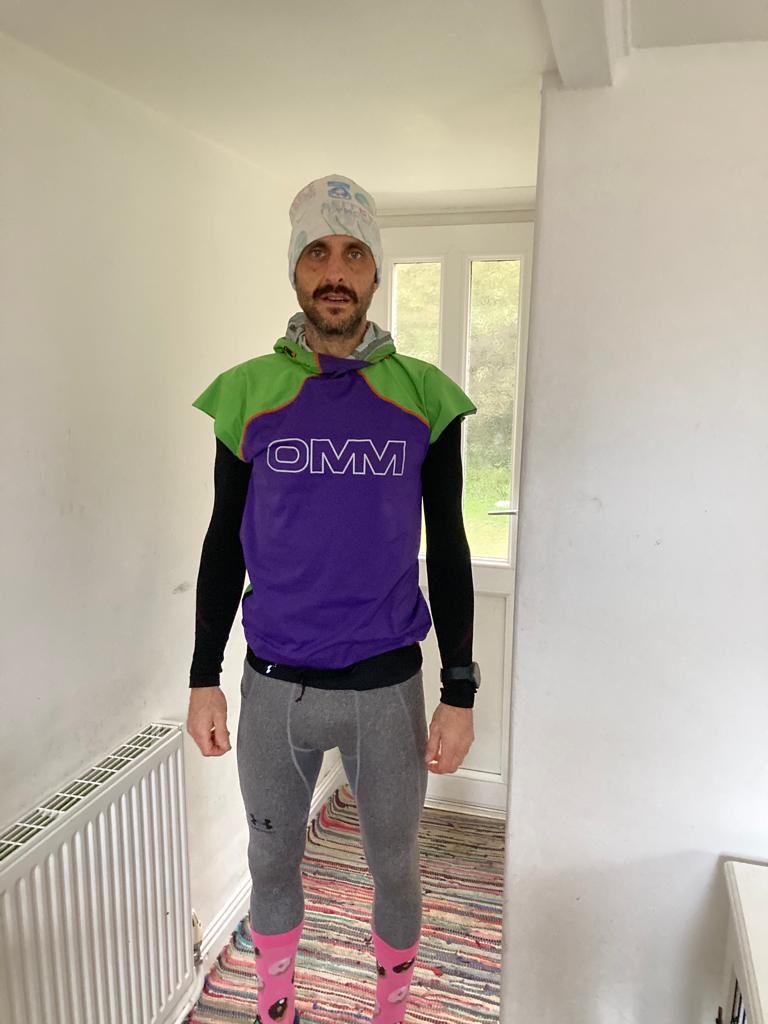 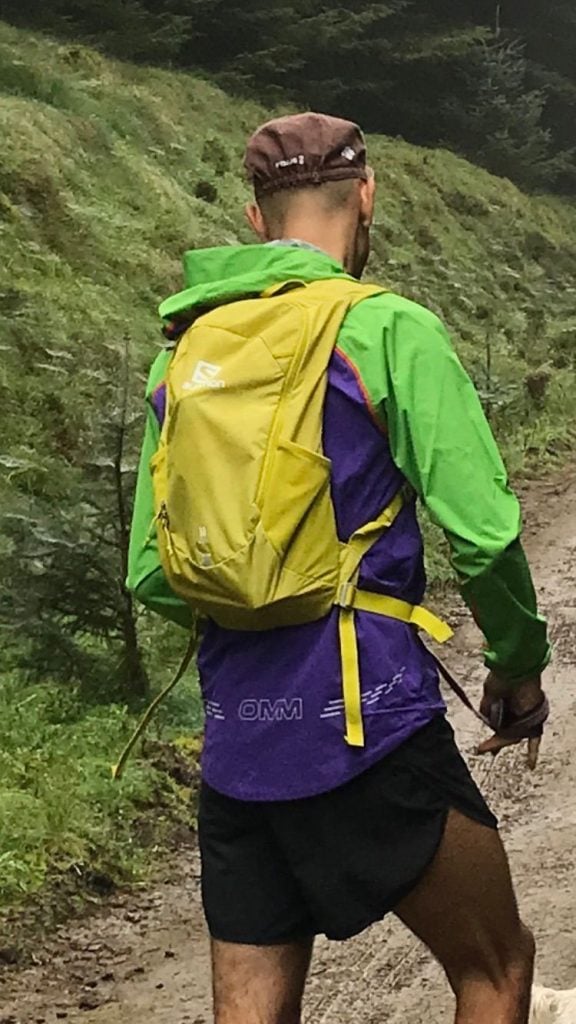 E – Enjoy the Stuff You Already Own

This last one is a combination of the other three tips.

Have pride in the fact that you use your kit for ages. Don’t be embarrassed by the odd hole in your kit. Or if you don’t have the latest generation shoe technology (they don’t make that much difference anyway!)

And take pride that you are playing an important part in having a positive impact on the planet!

One of the best ways to show your pride is by joining the Green Runners, getting a badge and wearing it prominently on your kit!

To join us, just click here– It’s simple and easy.

And together we WILL have a positive impact 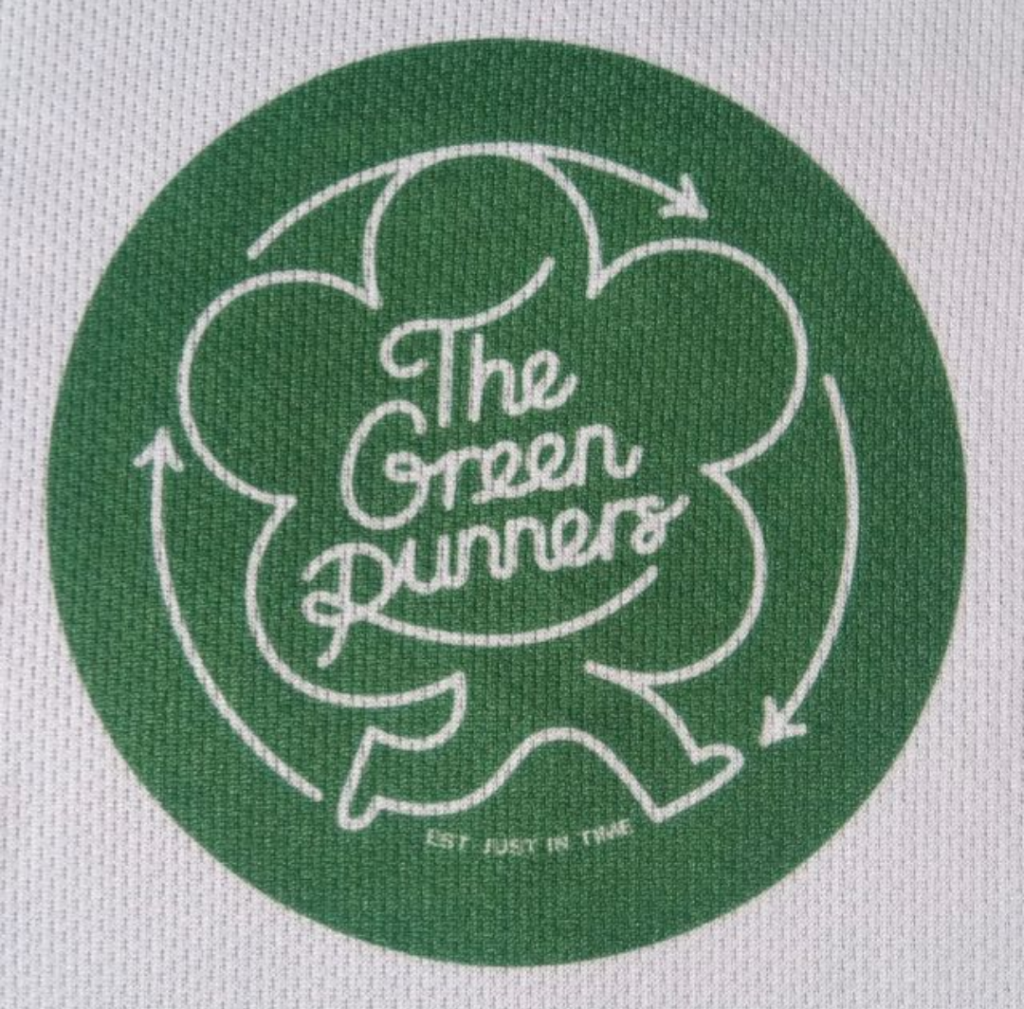 Summary – Your Small Changes Can Have A Huge Impact!

It’s the middle of the present buying season (unless you’re very well prepared and you’ve done yours already!). So now is the perfect time to re-evaluate how you think about what you’re asking Santa for this Christmas.

And it’s also the perfect time that your small actions can influence other people, change their mindset and have a huge impact on the environment (and your wallet!).

Just think about our CARE model

Although these tips can obviously be used throughout the entire year!

There are loads of examples of elite runners making their kit last longer. And it’s amazing to get these inspiring examples so that we can all learn from them.

Merry Christmas to all the Green Runners out there!!!

Drop us a comment below or on social media with your favourite tip for extending the lift of your running kit.

Or if you have a question about how you can extend it, feel free to get in touch too!

Do You Want to Tell Us Your Green Running Story?

We’re always looking for amazing stories and content to go on our website or social media. Get in touch if you have a story that you’d like to tell.

We’d love to hear from you!