A person’s socioeconomic status is most often linked to a higher carbon footprint. More money = bigger cars, more holidays, and more extravagant lifestyles. The world’s richest 10% are responsible for almost half of the world’s total lifestyle related emissions. 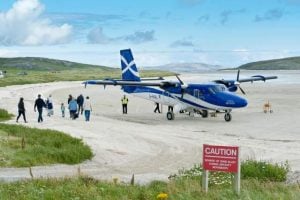 Running, as easy as it is to lace up a pair of shoes and go, could be seen as a sport that is excluding those less fortunate. New expensive kit is constantly being shoved down our throats, entry prices for races are increasing, and not to mention the new ‘luxury’ ultra’s that are popping up on remote Scottish islands, designed to cause those extremely well-off some rare discomfort – and cost a lot of people’s yearly income to take part.

Of course, people can spend their hard-earned money on whatever they like, and if there’s a market for that, then fair enough, but what’s hard to ignore is the disregard for the environment that this culture is creating, and the rampant inequality so prevalent in the world today. 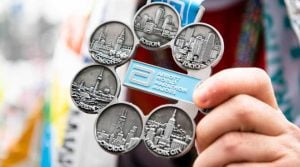 Travelling, particularly flying, is one of the largest contributors to people’s individual carbon footprint. But how often do people travel by air for races? Well, I for one am in no position to be able to afford frequent flights, entry prices and accommodation, but ‘Marathon Tours & Travel’ offer packages that allow for participants to work towards their ‘six-star finisher certificate and medal.’ That is, to complete all 6 of the major marathons. 7,141 people have completed the 6 events, and 45 have accomplished this more than once.

The cheapest package for Tokyo is $4145, not including flights or insurance. All of the other race packages come up to several thousand dollars. I don’t think I’ll be able to take part in that anytime soon. The ‘Seven Continents Club’ is another set of race packages advertised, allowing people the chance to race on all seven continents.

The precedent being set here – travelling the world to tick off races – is extremely worrying for the environment, but also just highlights the huge wealth disparity and inequalities present in our communities today. In a time when people are choosing whether to eat or stay warm, a time when 31% of children in the UK are growing up in poverty, and a time when homelessness is increasing to shocking levels, how can this excess spending be justified?

And why should us ‘normal’ runners, who don’t go travelling to multiple races abroad a year, do anything to change our environmental behaviour?

It is a common theme when it comes to reducing carbon footprints. We see CEO’s fly hundreds of business flights a year, celebrities take holidays on their own private jets, and sports teams make unnecessary flights when they could have easily taken a coach, and think to ourselves, ‘what difference is one of my flights going to realistically make?’

It is for this exact reason that privileged runners must begin making actual positive environmental travel changes when it comes to racing. If we don’t see the ‘package holiday’ runners reducing their footprint, then a lot of others will think their changes aren’t even worth it.

Small changes do add up, and if every runner skipped a race abroad every now and again, then this adds up to a lot of saved carbon emissions. This number, however, could be so much higher if the serial offenders in the racing world stepped up and actually made significant changes in their flying lifestyles.